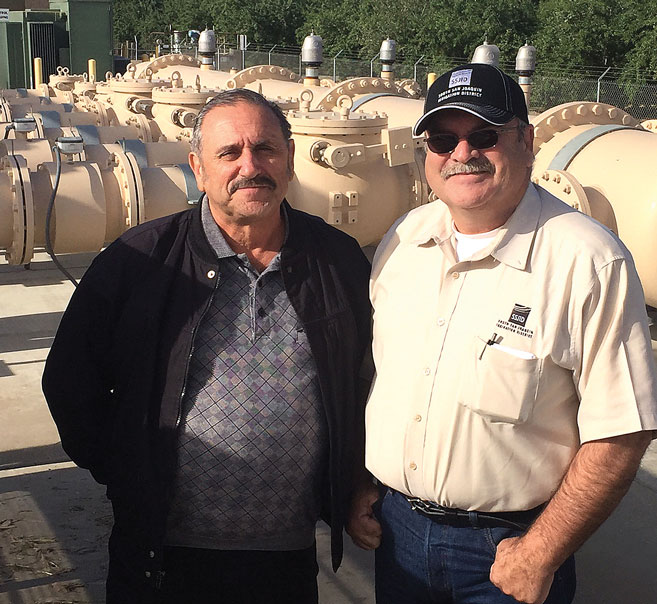 The project, which took three years to be designed and funded, and only months to be built, cuts down on water usage from the South San Joaquin Valley Irrigation District that backs up in the Stanislaus River.

“This grew out of an idea I had,” said Sam Bologna, Engineering Department manager of the South San Joaquin Valley Irrigation District and developer of the project, who was recently in Monterey attending an Association of California Water Agencies conference. “We needed to find a way to serve farmers and also conserve water.”

The irrigation service was designed to maximize efficiency and provide personal orders of water for growers. It uses pressure systems such as micro, drip and sprinkler systems, and gives farmers access to water through online and mobile technology.

California, which struggled through drought conditions between 2012 and 2016, had been dangerously close to depleting a good deal of its groundwater, Bologna explained. Customers also complained that the groundwater had become too salty to use for growing crops.

Plans for the new irrigation system had been made before the drought even began. After seeing positive results through the drought and into the wet 2017 season, others have been looking to replicate the system in other areas.

“It just grew out of an idea I had,” Bologna said. “It’s so gratifying to see it working,”

Bologna and others involved have traveled to Washington and other parts of the country to speak and gain more support for the project. The federal government awarded the project $1 million. Many growers themselves helped fund the project with grants.

“We are a small district, with only about 100 employees,” Bologna said. “The fact we’ve gotten so far with this project is incredible.”