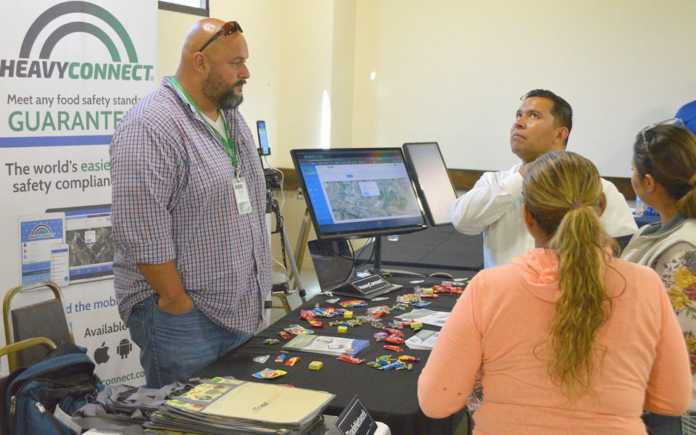 SOUTH COUNTY — In December 2018, dozens of people were sickened from E. Coli bacteria that was linked to romaine lettuce grown in California. According to USA Today, federal investigators traced the outbreak to a contaminated irrigation pond in Santa Barbara County that was used to water the produce.

Such outbreaks, and how to prevent them, were the focus of panel discussions composed of industry leaders, academics and innovators at the AgTechx Expo last Thursday at the Salinas Valley Fairgrounds in King City. Hundreds gathered to learn about the latest advances in how to better keep the public food supply safe from dangerous pathogens.

The Aug. 22 event was organized by the Salinas-based Western Growers Center for Innovation and Technology and attracted hundreds of growers who rubbed elbows with representatives from companies like Costco, Microsoft and various tech startups to discuss what is hot with agriculture and tech.

Given the proximity and influence of Silicon Valley to the agrarian economy of the Salinas Valley, much of the discussion centered on the research that is driving the intersection between food supply and public safety.

One panel focused on using data to improve predictive analysis or mitigating food recalls. According to Martin Wiedmann, a panelist and professor of food safety at Cornell University, data are crucial for not only government auditors but also the farmers who become ensnared in recall investigations.

“We’re all going to have a recall,” he said. “You’ll want it small. Those data-driven tools will help you minimize the impact of an issue.”

Other applications of data include minimizing paperwork for investigators and growers to comb through, said panelist Diane Wetherington, CEO of Seattle-based iFoodDecisionSciences, a software company that helps growers develop and maintain their data that can be accessed on-demand via iPhones or tablet computers.

“The reality is that we have so much paper,” Wetherington said, adding that many people still use huge binders. “You have to be out in front of problems. So far, the industry has been reactive to problems.”

While automation and data were the hot topics of the day, experts said all of this still hinges on the fact that humans are still needed to make sure the technologies work. One panel included David Gill, owner of Gills Onions in Oxnard, who discussed water quality testing.

“It’s not just about testing,” Gill said, “it’s adherence to your crews.”

Yet access to labor is an increasing problem for California farms that rely on an ever-tightening market of farmworkers. A November 2018 report by the U.S. Department of Agriculture’s Economic Research Service cited a decline of unauthorized migrant workers from Mexico, rising wages and competition from expanding foreign agricultural markets that also demand workers.

Connor Cunningham, a representative of San Jose-based WaterBit, which develops remote solar-powered irrigation systems, said that while there may be an abrasiveness to technology among more traditional farmers, younger ones are becoming more interested.

After 30 years of making its own wine, Smith Family Wines will discontinue producing the Paraiso, Irie and Alexander-Smith labels and close the tasting room at the Paraiso Vineyards on Paraiso Springs Road in Soledad.
Read more 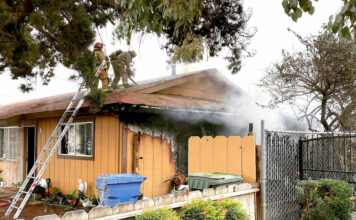