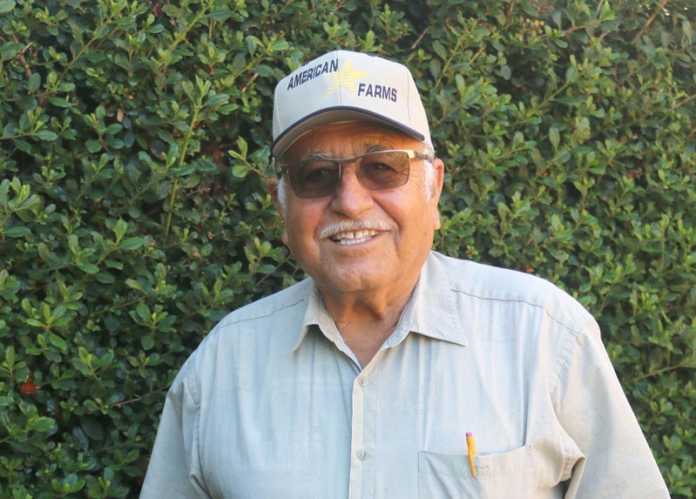 In addition to Morales, Lynn Coody of Organic Agsystems Consulting of Eugene, Ore., will receive the Organic Community Award, and Nate Powell-Palm of Cold Spring Organics of Bozeman, Mont., will be presented the Rising Star Award.

A resident of Gonzales and a native of Reynosa, Tamaulipas, Mexico, Morales has more than 40 years of farming experience. As JV Farms Organic’s leading grower, he is an expert in matching soil and in evaluating how healthy the soil is.

Morales came to the United States in 1964 and his family settled in Texas, where he went to work as a youngster in the agricultural fields and farms.

“My father sent me to work for a rancher named Wesley Dixon when I was 14 years old,” Morales said. “He told me I was going to go with Mr. Dixon and learn to work and to become stronger in the English language. As soon as I learned to drive, I was taking Mr. Dixon to check on his fields. In the Rio Grande area, the major crops included peppers, other vegetables and cotton.”

In 1969, Morales and his wife Maria De Jesus moved to Soledad, where they spent time living in the Jimenez Camp and Merritt Camp. After the couple’s daughter Mirna was born, the young family moved to Harden Ranch No. 6 off Folletta Road in Chualar, where Morales worked as a foreman for 17 years. Soon, the family welcomed the births of sons Israel Jr. and Eduardo.

“The name of the ranch changed later to American Farms, as the Harden family sold their property,” Morales said. “At about 1986, some hippie-looking guys started coming out to the fields and began talking about organic farming. I grew to like the concepts of organic farming and decided to try it out on about seven acres of land at the ranch. As time has gone by, I have learned to believe that organic is the best way to grow crops and that it really benefits the planet. This award that I am receiving belongs to all the people that have worked with me to develop ways to grow better crops organically.”

Morales has worked the soil and improved his skills as an organic farmer at American Farms, Earthbound Organic and JV Farms Organic. Morales is an expert in maximizing soil cover and its biodiversity.

“My experience with organic farming has taught me how important it is to use sustainable practices, especially with the soil,” he said. “Healthy soil can hold more water and improves the nutrients in the plants. We use the reverse mulching system to bury the cover crop, and that creates more food and organic matter for the microbes and is a benefit when we are planting another crop.”

Morales, his wife and family and possibly a few of his eight grandchildren or a couple of his four great-granddaughters will make the trip to Maryland, when he receives his farming award in September.