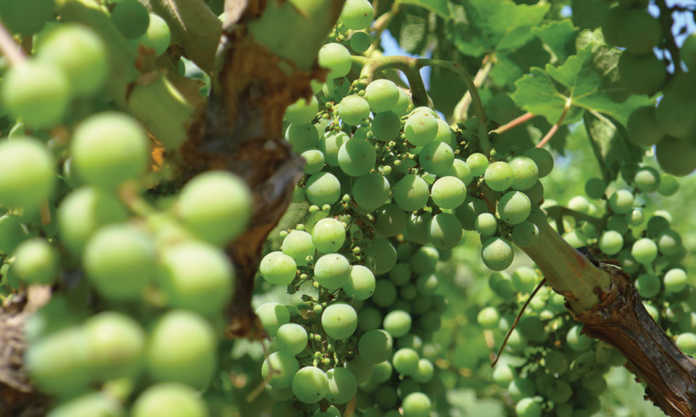 SAN LUIS OBISPO — The San Luis Obispo County Department of Agriculture/Weights and Measures has announced the release of the 2016 production statistics for the local agricultural industry. The total gross crop value for 2016 was $914,724,000.

“Despite challenges caused by the ongoing drought, the overall value of agricultural production in 2016 increased by 10 percent compared to 2015,” according to Martin Settevendemie, County Agricultural Commissioner/Sealer.

Settevendemie cautioned the statistics only represent commodity gross values and do not reflect net profits received by producers. Also, reported values do not include multipliers related to secondary economic benefits to the community.

Strawberry acreage expanded by 10 percent over 2015, with over 3700 acres in production. Damage from light, intermittent rains diverted more berries than usual into the processing market, increasing the overall processed fruit value by 37 percent compared to 2015. Overall, the value for both fresh and processed fruit totaled over $241 million, an 8 percent increase over 2015.

Avocado orchards located in areas that had adequate irrigation water had high yields. 2016 was also a heavy bearing year based on fluctuations in the normal fruit bearing cycle of avocado trees.

Demand for avocados was very strong, with a 23 percent increase in value per ton over 2015. For growers that had producing trees, the combination of a high yield year and a strong market resulted in an overall increase of 169 percent in value compared to 2015. Trees that were stumped, a cultural practice aimed at reducing water demand of the trees, began to rebound.

In areas of the county that had irrigation water, ideal weather conditions produced an abundance of high quality vegetables in 2016. However, produce grown in the mid-western states flooded the market resulting in very poor prices. Generally, the total value for all vegetables combined was just over $197 million, an 8 percent decrease compared to 2015.

Shortages of both labor and water availability challenged some vegetable growers to adjust production accordingly, including discing fields that were valued below harvest costs. Water supplies throughout the drought year were sporadic, depending on field location, as some growers reported having no water shortages while others experienced dry wells and damage from salt accumulation.

The number of cattle sold in 2016 decreased by 24 percent compared to 2015, reflecting the lowest total sales since 1928, when Annual Crop Report documentation began in the county.

The drought, along with limited available rangeland forced producers to reduce herds. Increased consumer demand for poultry and pork contributed to a 25 percent reduction of wholesale value, resulting in a 39 percent drop in value for cattle in 2016. Overall, the livestock category decreased by 36 percent in value, over 2015.

Shifting markets, drought conditions and foreign competition continued to challenge the nursery industry, resulting in an overall 13 percent downturn in value compared to 2015.

“The significant contributions local agriculture brings to the county continued in 2016. Despite the challenges of the ongoing drought and wide fluctuations in market prices, agriculture remains strong and diverse in San Luis Obispo County,” explained Settevendemie.

Statistics of the local agricultural industry featured in the Department’s Annual Crop Reports for 1928 through 2016 can be viewed at slocounty.ca.gov/agcomm.