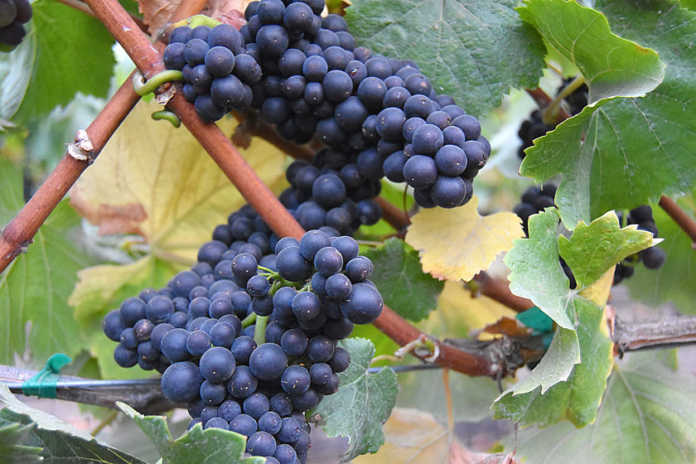 MONTEREY COUNTY — The 2016 Monterey County Crop Report reflects a decrease of 9.5 percent from the previous year, with the crop production valued at $4.25 billion for 2016.

Each year the Monterey County Agricultural Commissioner’s Office, which produces the Crop Report, selects a different aspect of the agricultural industry to focus on, and this year it was wine grapes. According to the report, the total economic impact of the 2016 wine grape crop was over $750 million.

Chalone AVA is the oldest producing vines in Monterey County, beginning with the first crop planting in 1919. It is located on the eastern side of the Salinas Valley in the Gavilan Mountain Range near Pinnacles National Monument and grows at an elevation of 1,800 feet.

Going to west from Chalone, the Santa Lucia Highlands AVA is a fairly new area with its approval coming through in 1991. The vineyards are planted on the southeast, facing terraces of the Santa Lucia Mountains overlooking the Salinas River Valley. The AVA was also named the best vintage of Pinot Noir in California from 2012 to 2015 by Wine Spectator magazine.

Further south, the Arroyo Seco AVA is part of a steep canyon at its westernmost border. Within the canyon, Bordeaux grapes prosper as they are protected from the wind and warmed by reflective heat from surrounding cliffs. The Arroyo Seco AVA grapes were first planted in 1962.

Located in the middle of the wine-growing region, the San Bernabe AVA includes climatic conditions suitable for several wine grape varietals. It ranges 30 degrees in temperature per day and has strong afternoon winds.

The San Lucas AVA served as a cattle grazing range for 150 years before the first vineyards were planted in the 1970s. The region usually has very warm days and cool nights. The daily summer temperatures can fluctuate by nearly 60 degrees.

This year’s top white wine grape varieties include Chardonnay at 16,767 harvested acres at $1,320 per ton. It is followed by Pinot Grigio, Riesling, Gewurztraimer and Sauvignon Blanc as the top white wine varieties.

For more information on this year’s crop report, visit ag.co.monterey.ca.us or the Monterey County Agricultural Commissioner’s Office at 1428 Abbott St. in Salinas.