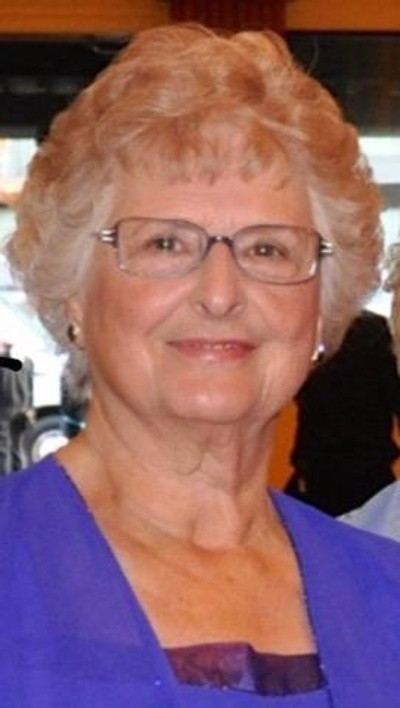 Frances Thorp 86, passed away peacefully on June 19, 2019 after a brief battle with cancer.

Frances was born on February 7, 1933 in Fort Bragg, Calif. to Swiss immigrant Marino and Jennie Martignoni.

Frances and her younger brother Rocci were raised on the family’s dairy in Soledad, California. Where she would learn the true meaning of hard work from a young age. This is also where she would come to understand the art of cooking! She would cook lunch alongside her mother quite often for all the dairymen; this proved to be valuable later on in life when she would prepare large family dinners, at times having 20 plus kids, grandkids, and great grandkids scattered throughout the house! Frances graduated from Gonzales High School in 1950, and would go on to study at Hartnell College in Salinas.

It was at the age of 14, when she first met Bob, who she would go on to marry and spend 63 amazing years with. They met while she was working for his father in the families apricot orchards. They dated until Bob was deployed for the Korean War. Upon Bob’s return from the war they reunited, and married on July 2, 1955. They have four children, Bobby, Jim, Brian, and Kathy and raised their family in Greenfield on the family’s ranch surrounded by those same apricot orchards.

Frances held different jobs throughout the years, working at Mee Memorial Clinic in King City, Bookkeeping for Bobs farming business, as well as Banking. Frances was an active member of her community. You could always find her at the Swiss picnic, Holy Trinity Church, Silver Kings and Queens, Book Club, Bunco or Pedro parties, the Salinas Valley Fair, or volunteering in the kitchen at the Steinbeck House which she did for the past 20 years.

Frances loved to travel, whether it be to Arizona for the Giants spring training each year, the snow covered mountains of Switzerland, Palm Springs, family snow trips to Dodge Ridge, family lake trips at Lake Nacimiento, Hawaii, or Mexico she enjoyed all of her adventures! Family was everything to Frances, she adored the time she spent surrounded by all of her children, grandchildren, and great grandchildren.

Frances was preceded in death by her son Brian Thorp, her parents Marino & Jenny Martignoni, and her beloved Husband of 63 years, Bob Thorp Sr. She leaves behind her dear children Bobby (Pat) Thorp of Greenfield, Jim (Joanne) Thorp of Greenfield, and Kathy (Steve) Silva of Paso Robles. As well as her grandchildren Amy (Doug) Hidalgo of Templeton, Carson Thorp of Bend, Oregon, Janet Thorp, Joey (Chloe) Thorp of Greenfield, Spencer, Cooper, and Gabriella Silva of Paso Robles. As well as two great grandsons Van and Gage Hidalgo of Templeton. Her brother Rocci (Carol) Martignoni of Gonzales, and numerous nieces, nephews, and cousins.

Rosary will be held on July 1, 2019 at 10:00 am followed by mass at 10:30 at Holy Trinity Church, 27 South El Camino Real, Greenfield Calif. Burial immediately following at Greenfield Catholic Cemetery.