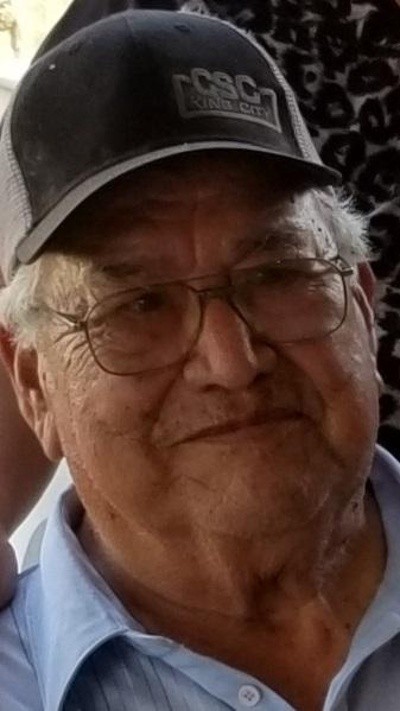 Edubijen Gonzales Resendez, aka Don Vicke, 86 of Sacramento, Calif. passed away on Wednesday, July 31, 2019 at UC Davis Hospital after a recent heart problem.

Edubijen was a native of Mercedes, Texas (Rio Grande Valley) where he lived for 20 years of his life until he began following the crops with his wife, Leandra and their family. He traveled from Texas, Colorado, Washington and other states to work the fields. In 1955 they arrived at what used to be known as the California Orchard Company at Greenfield, Calif. where they established roots and he began working as an agriculture worker. Here was where he met many families who he not only considered his dear friends but his family as well.

On or about 1973 he moved the family to Oasis Rd. where he began working as a tractor driver and then as an assistant foreman for McCarthy Farms/South Land/Coastal Valley Management. During his lifetime of working different crops with his family this was the first time that he worked in a vineyard. He worked for over 30 years with this company until his retirement and then moved to Sacramento, Calif.

Edubijen was a caring, loving family man. His main concern always had been not only his children, but his siblings and nephews/nieces as well. Everywhere he went he spread his caring ways to others and always there for those in need. Once he established a friendship with you he treated you as family. During his years at the California Orchard Company he was part of the Greenfield Guadalupana Society. He enjoyed watching his Los Angeles Dodgers and Dallas Cowboys, his gardening, help cook for different occasions and making his salsa for friends and family. He will truly be missed by his family and all his dear friends.

Edubijen was predeceased by his wife, Leandra Resendez with whom he was married for 66 years before her passing in 2017; his parents, Sabino and Francisca Resendez; his son, Juan Manueal Resendez; and his brother, Manuel Garcia.