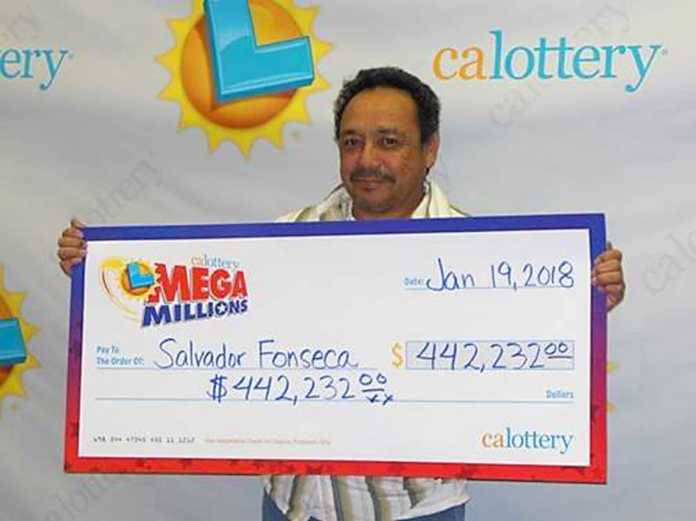 GREENFIELD — Greenfield resident Salvador Fonseca was enjoying a warm cup of coffee on a quiet Saturday morning when his life suddenly changed.

He had just checked his Mega Millions ticket and noticed that he had matched five of the six winning draw numbers. A little more checking and the realization hit him — he had just won $442,232.

“I was jumping all over the living room,” Fonseca said of the prize-winning moment.

Fonseca said the money will give him more flexibility with his budget because he’ll now have fewer bills to pay.

“It’s going to change my life all the way around,” he said.

Mega Millions is played in 44 states (plus the District of Columbia and the U.S. Virgin Islands). Draw times are Tuesdays and Fridays at 8 p.m.