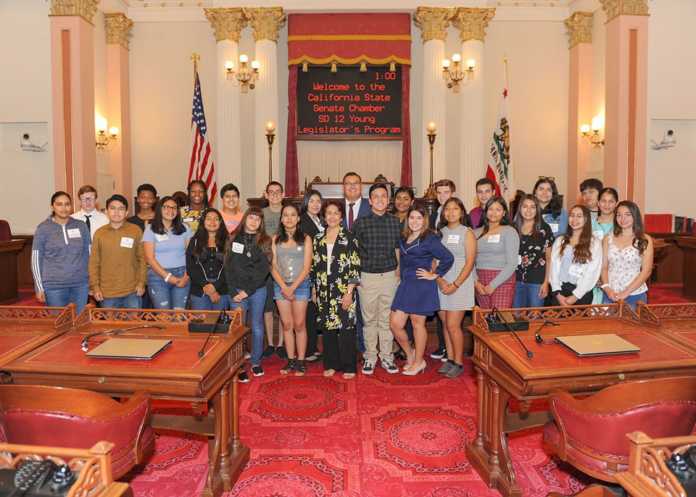 SOUTH COUNTY — School is back in session, but over the summer a few select students learned about the workings of local government through Sen. Anna Caballero’s 2019 Young Legislators Program, and now the South County youth will be sharing their experience with their respective cities.

“We will be attending city council meetings along with the students to present their work during the program, and they will also have the opportunity to share some of their concerns within their cities,” said Vanessa Gonzalez, field representative for Caballero’s 12th Senate District.

The Young Legislators Program provides an “introduction to the workings of government and strives to build a strong foundation for our youth who want to get involved in the leadership of their community,” according to the 2019 program overview. Students were exposed to many aspects of legislation as well as the functions of state and federal government via four three-hour seminars and a trip to the California State Capitol in Sacramento.

“The program is designed to spark interest in young adults to become civically engaged in the democratic process,” the overview stated.

The 2019 program, comprised of weekly class sessions from June 22 to July 18, was open to high school students who live or attend school in the 12th Senate District.

A total of 24 students participated in this year’s program — 13 from Soledad, nine from Greenfield and one each from Gonzales and King City.

Sessions were held inside the Greenfield City Council Chambers, with the final class taking place at the State Capitol.

“We had multiple guest speakers this year who provided insight to the students regarding their roles and careers in government,” Gonzalez said.

During the July 18 trip to Sacramento, students met Caballero and legislative staff and toured the Capitol building, including an exclusive tour of the Senate Floor and Assembly Floor.

For more information about the Young Legislators Program, visit sd12.senate.ca.gov.