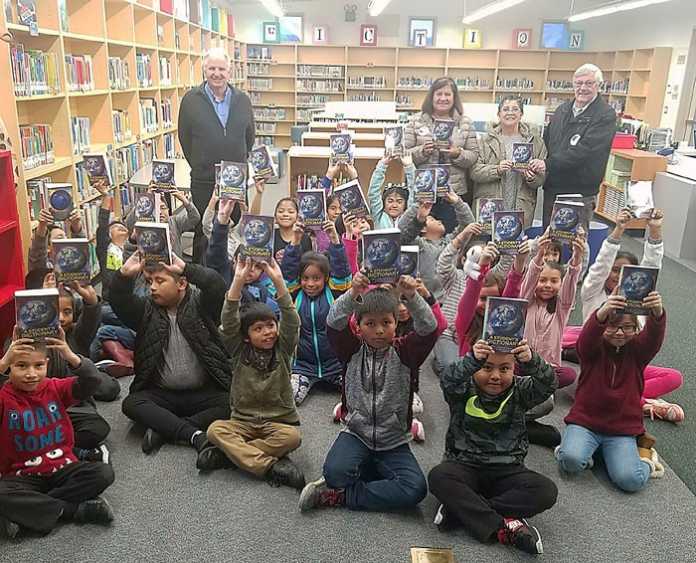 Words to live by

GREENFIELD — Third-grade students were given a treat last Friday as they received dictionaries from the Greenfield Rotary Club.

Early that morning on Feb. 15, Greenfield Rotary President Art Salvagno and Rotarians Bob White, Irene Garcia and Avelina Torres arrived at Arroyo Seco Academy to pass out dictionaries. The elementary school was the first stop on their dictionary delivery project, which ended later that day at Mary Chapa Academy.

Four classes of third graders gathered in the new library building to wait patiently for their surprise of dictionaries to be revealed.

“The Rotary Club is a club that does nice things for the people in Greenfield,” Salvagno said.

Salvagno explained that each student would receive a dictionary and get to keep it. Students can use the dictionaries to look up words they don’t know the meaning of and the correct spelling.

“Inside the first page of the dictionary there is a little sticker we put in there,” Salvagno said. “It says, ‘A gift from Bob Thorp and Greenfield Rotary’.”

Thorp, who died last year at age 86, was a charter member in the Greenfield club along with White, who started the club 35 years ago.

“Now, we are honoring him by giving the students a dictionary and having his name inside,” Salvagno said.

The dictionary not only has words and definitions but also planets, birds and animals, with a few words in Braille.