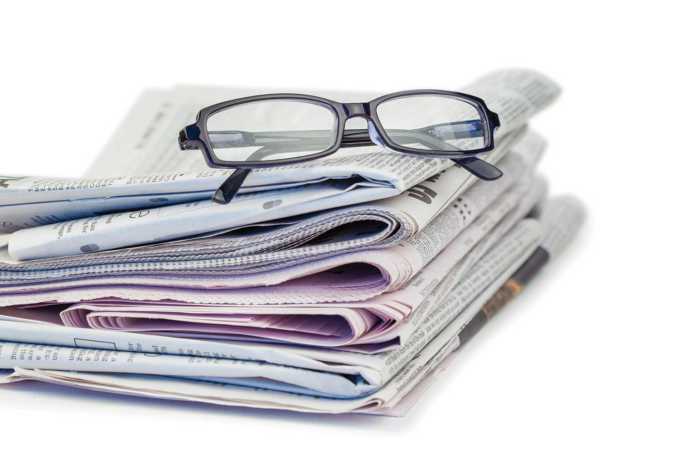 Letters to the Editor for Week of July 12

Letters to the Editor Policy
South County Newspapers welcome Letters to the Editor. Letters should be fewer than 400 words. Guest columns should be between 400 and 800 words. Letters and columns may be dropped off at South County Newspapers, 522B Broadway St., King City, CA 93930, or be sent via e-mail to [email protected] All letters must be signed and have an address and phone number for confirmation purposes. We reserve the right to edit and condense all submissions.

I would like to take this time to express my heartfelt thanks to all my supporters who elected me to public office. I am honored and humbled that you placed your trust in me.

It has been so encouraging to be part of the economic renaissance of the city. I look forward to the overall success of the present and future job creating retail/commercial developments and private sector investments coming to Greenfield.

A special thank you to Greenfield residents who overwhelmingly supported the city in becoming a financially sustainable organization. Now the city can focus on the mission, not just on day-to-day survival.

Not only am I thankful for your support during my 18 continuous years on the Greenfield City Council and 14 of those years as mayor, but also for all those who offer to serve their communities and seek solutions for public problems and challenges.

It is not easy to put oneself out there in such a public forum, so I give credit to those with the initiative to do so.

Thank you to my family who continually supported me during this incredible journey, especially my wife Michele, who stood with me all the way through. Thanks honey!

Again, thank you for the opportunity to serve the community of Greenfield as an elected representative. It has been an honor and my pleasure.

As one whose words of criticism have appeared in the Letters to the Editor section of the Rustler, I would now like to submit some words of praise; duly earned praise.

The look and content of the Rustler has shown marked change in recent weeks; and by association I assume the same can be said of the other three weekly publications of South County Newspapers. Headlines and photographs now seem to jump off the page into the reader’s consciousness and story content, and I speak here not of submitted articles, has improved greatly.

The reason for this much wanted change was the advent of Mr. Cronk, Ryan to those of us who have had the pleasure of meeting the newest journalist to join the news team at the Rustler. Ryan (with camera and notebook in hand like a modern day Damon Runyon) appears at as many SoMoCo events as does the summer winds; and that’s a lot of coverage. And I am sure he is not alone in bringing to us readers a better newspaper, surely the staff at the Rustler have responded to this new infusion of journalistic fervor and the results are greatly appreciated.

With continued support from readers and civic leaders, I am sure we shall see more pertinent news articles and relevant op-ed positions in our hometown newspaper. So, while I offer no repentance for earlier critiques, I do offer a renounce that things would not improve. They have improved, and I doubt I am alone saying “Thank you” to the staff at the Rustler. Keep up the good work.