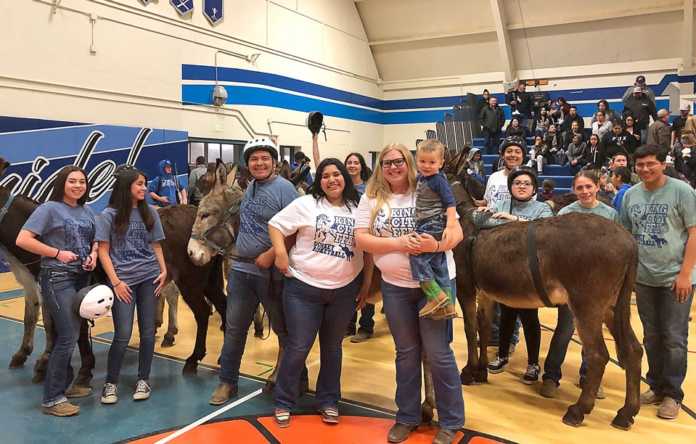 The Feb. 20 game drew more than 600 spectators and served as a way to celebrate National FFA Week while providing a fun event for community members and local students.

“The chapter does not organize the event to profit off of it, but instead uses it to be the main highlight of FFA week,” said King City FFA Chapter Reporter Clarrisa Rios. “The event was a success this year, and the stands in the gym were nearly completely filled with spectators. The chapter invited the King City Fire Department and the Young Farmers organization to play a game against each other, which was a new edition this year. Our chapter is so proud to have put on such a fun-filled memorable event this year and plans to bring back the donkeys for another game next year.”

“Each game went accordingly and on schedule,” Rios said. “Our FFA Boosters Club also sold various snacks and goodies at the concession stand in the gym. Additionally, anyone who purchased FFA merchandise in the gym was automatically given a raffle ticket for prizes.”