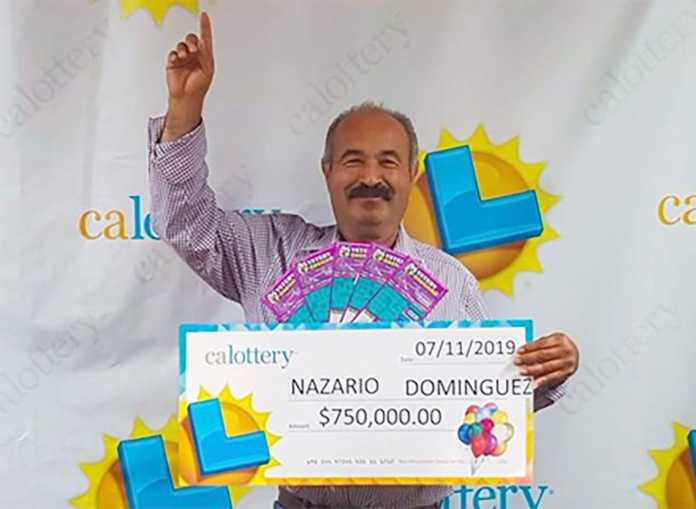 GREENFIELD — A 65-year-old Greenfield resident is celebrating his good fortune after claiming a Mystery Crossword scratcher worth $750,000.

Nazario Dominguez purchased his lucky ticket earlier this summer at MP Donuts, located at 407 El Camino Real in Greenfield. The California Lottery player reportedly first celebrated his win by lifting his arms in the air and yelling, “Hey, I won. I won!”

Dominguez relived that exciting moment the day he claimed his ticket at the California Lottery’s East Bay District Office in Hayward on July 11.

Dominguez, who works as a farm labor contractor, told lottery officials he plans to use the money to grow his company. He is hopeful that it will result in even more work for his employees.

“I like the job that I do, and I like for my workers to make money and be happy,” Dominguez said.