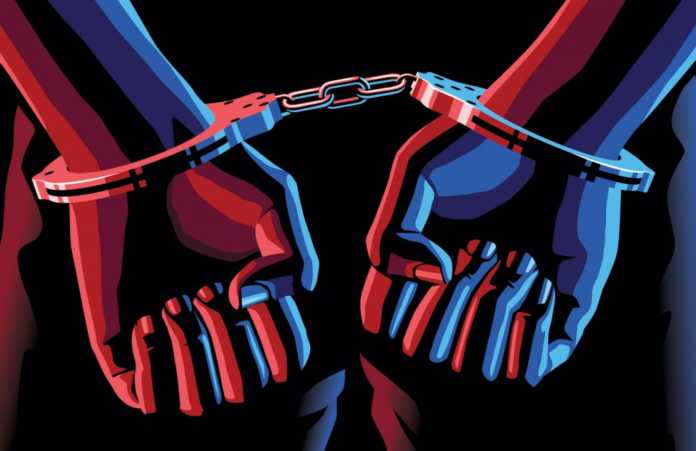 SOUTH COUNTY — Two Greenfield men have been arrested in connection with a fatal shooting that killed one person outside of King City on Wednesday morning.

According to reports, 42-year-old Benito Canales-Godinez was the victim in the shooting that took place around 5:30 a.m. July 31 in the 52000 block of Oasis Road. Monterey County Sheriff’s Office is investigating the incident as a homicide.

Later that night, 27-year-old Ubaldo Martinez and 25-year-old Imeldo Merino, both from Greenfield, were named suspects and subsequently arrested. They were taken to Monterey County Jail, where Merino is facing murder charges and Martinez is being held for obstructing an officer, possessing narcotics, battery and other charges.

The motive for the shooting is not yet known, but police do not believe the incident is gang related.

Video surveillance, tips from the public, witness statements and forensic evidence of the shell casings found at the crime scenes all led to the identities of Martinez and Merino. Upon serving search warrants, police recovered evidence related to the crimes as well as the gun used in the shootings.

Anyone with further information is encouraged to contact Det. Leo Guzman at 831-888-7168 or Det. Joshue Partida at 831-386-5991 of the Major Crimes Investigations Unit, which is a collaboration between the Greenfield and King City police departments.